The Trust was Founded in 1979 with Merseyside County Council and became an independent Trust in 1986.

The Trust, a registered charity, is the owner of the Liverpool Empire building and under a sub lease arrangement the Ambassador Theatre Group, with which the Trust liaises closely, is responsible for a range of duties including the maintenance of the building and the running of the theatre’s programmes, fulfilling certain criteria in terms of the performance offerings.

The Trust supports a vibrant department of Creative Learning with a thriving Youth Theatre programme, which facilitates the involvement of young people, community groups and school parties in acting and theatre activities.

For 1986 to 2015, the late Sir Philip Carter CBE was Trust Chairman and during his time the theatre was modernised, refurbished and an annexe built on the Legs of Man Public House site.

More recently the Trust, now chaired by Mr Terry Smith, has run programmes and events supporting the development of the arts across the Liverpool City Region, including the ‘Active Arts’ competition in 2017/18 and the ‘My Liverpool’ project in 2019. 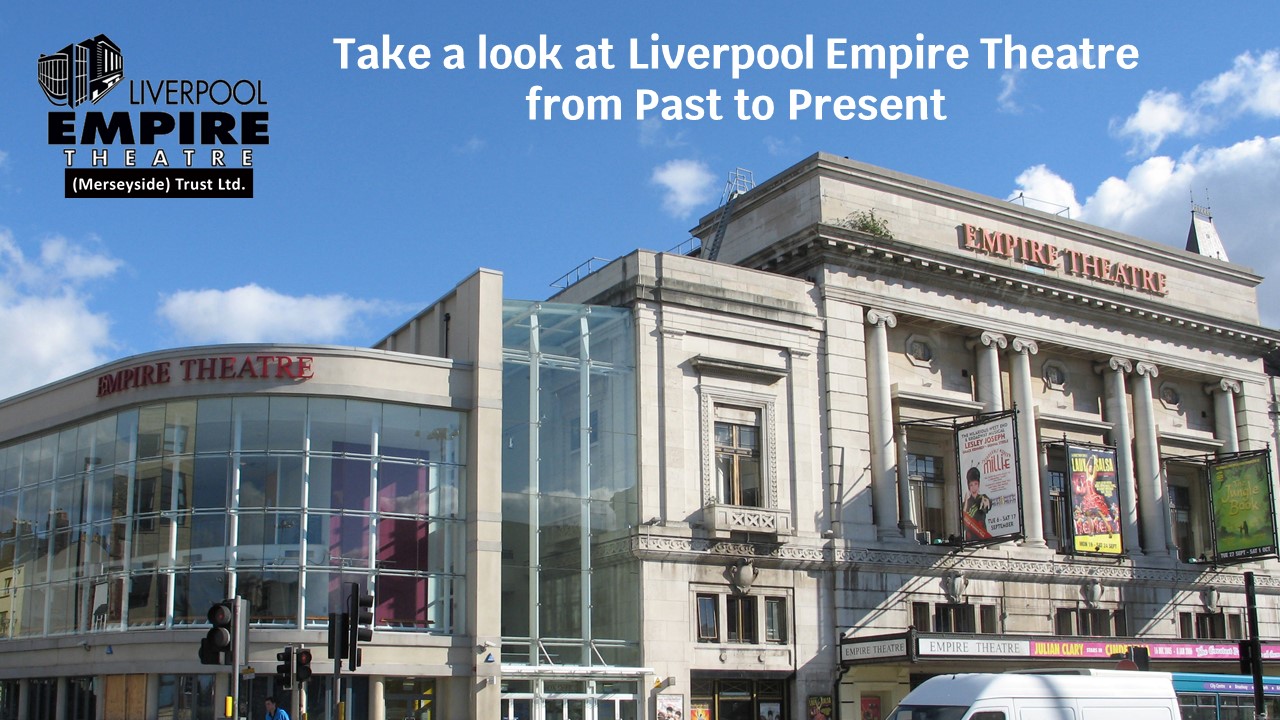 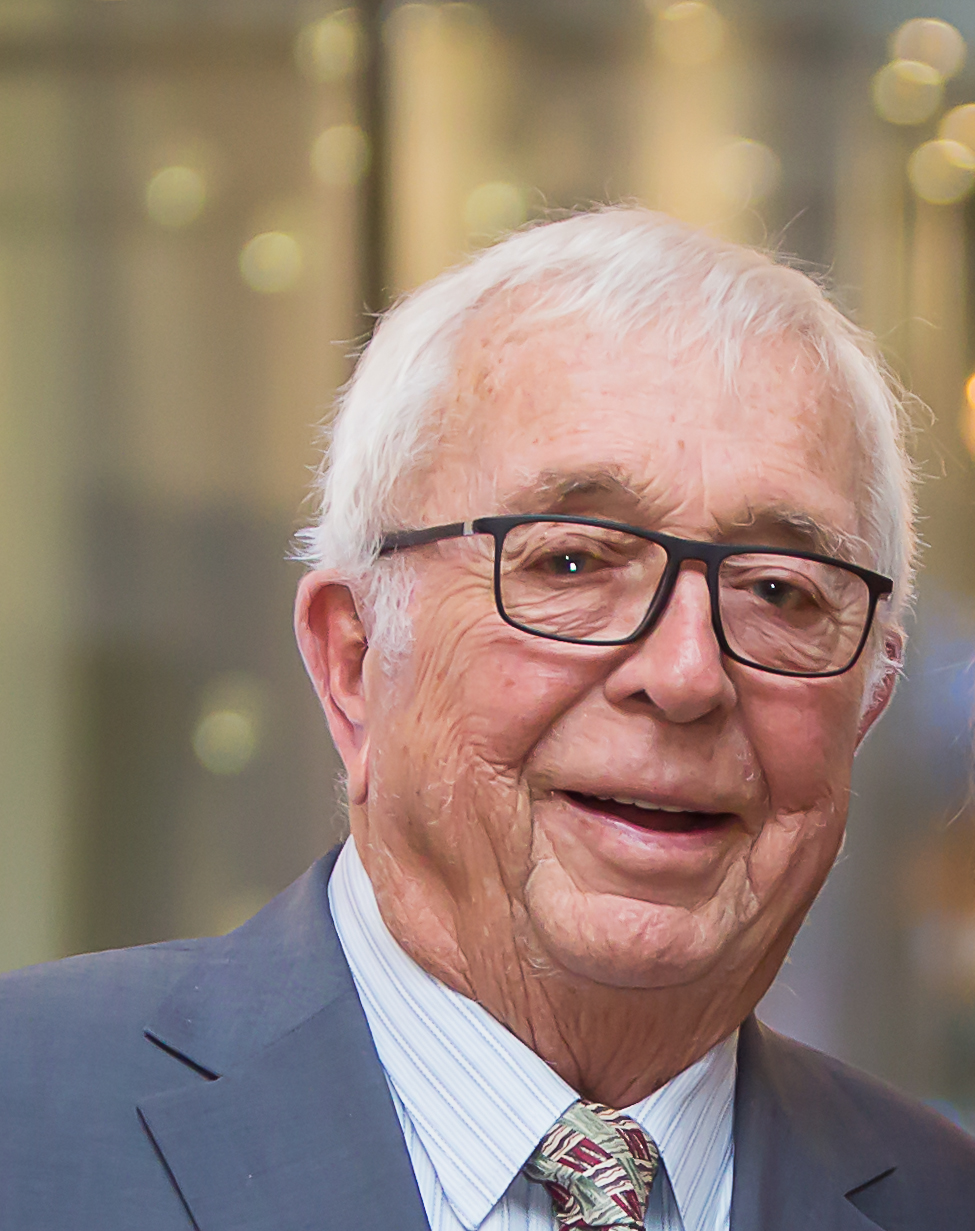 Terry Smith was a member of the Empire Theatre Trust when it was formed by the former Merseyside County Council in 1979 and became Chairman following the death of the late Sir Philip Carter in 2015.

A former journalist with Granada TV and the Sunday Express newspaper, he arrived in the city of Liverpool in the mid 1960’s to launch Mercury Press Agency, an independent group supplying news, features and photographs to all media groups in the United Kingdom and more than 30 other countries.

In the early 1970s he led the group which won the licence to operate Liverpool’s first Commercial Radio station, Radio City, which he ran firstly as Managing Director and later as Chairman for the next 25 years.

Upon the sale of Radio City to the international EMAP media group in 1991 Terry, who lives in Hoylake, became Chairman of the Emap Broadcast group. From there he led the expansion of the organisation from two radio stations to 41 over a ten year period

A lifelong supporter of Liverpool Football Club, he succeeded the late Bob Paisley as a director of the club where he served for the next 15 years and is currently senior vice chairman. 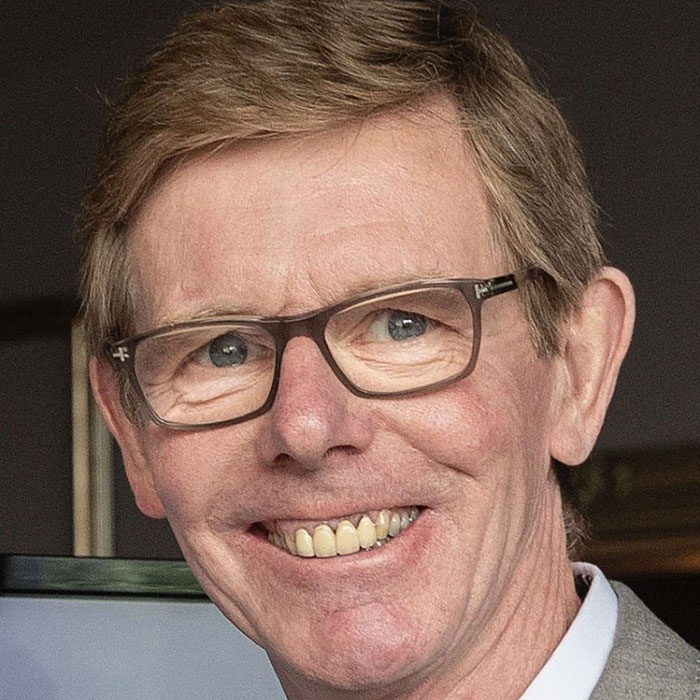 David is a retired solicitor having spent over forty years practicing In Liverpool, with a short spell in Manchester.

During this time he acted for local and national companies in the retail and drinks sectors, many with large property portfolios.  He held several board and management positions and was for a number of years a non-executive director of a European retail and online sports betting company.

He retired three years ago from Brabners LLP where he was National Head of  Real Estate. Whilst a partner at Weightmans, he first joined the Trust as Secretary in 1995 (a role he still performs) and was appointed a trustee in 1997. During the refurbishment and extension of the theatre he was responsible  for managing the audit of the financial data required by the Arts Council and the European Community grant funding.

His early school days were spent in the Lake District before moving to Ellesmere College in Shropshire and university in Newcastle, graduating in law.

He is married with three grown up children and two grandchildren. He has lived in Wirral since 1974.

His interests include walking in the Lakes, playing the occasional game of golf, gardening, and classical music. He takes a keen interest in Merseyside football. 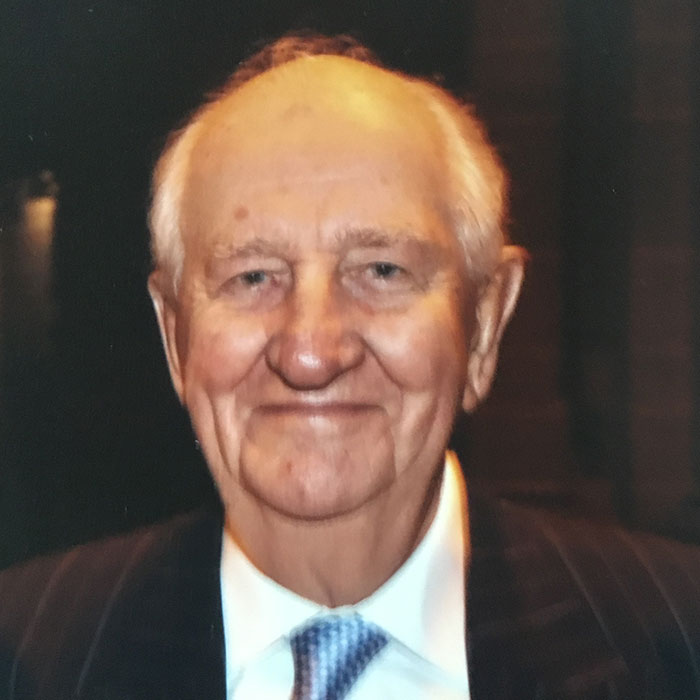 Tony Ensor has been associated with the Trust since its inception in 1979.

He was appointed Solicitor and Secretary when Merseyside County Council bought the premises from Moss Empires, who ran the the Theatre originally as a Music Hall and later with Variety Acts and Pop Groups.

He was later made a Trustee when the County Council was abolished.

He was involved in obtaining initially a grant of £700,000 from the Arts Council to enable the theatre to be refurbished and extended to cater for large musical productions. Later, a sum of around £10,000,000 was raised from the Lottery Fund and the European Community, leading to the extension of the front of house facilities and acquisition of  adjoining property.

Tony practiced as a solicitor in the city, being the Senior Partner at Weightmans. He also held a number of judicial posts and was for a time a Director of Liverpool Football Club. He was subsequently appointed a Circuit Judge.

He believes that the theatre should provide a wide range of entertainment catering for all tastes.

In particular there should be space afforded for ballet, opera and National Theatre productions which would not otherwise be seen in Liverpool. 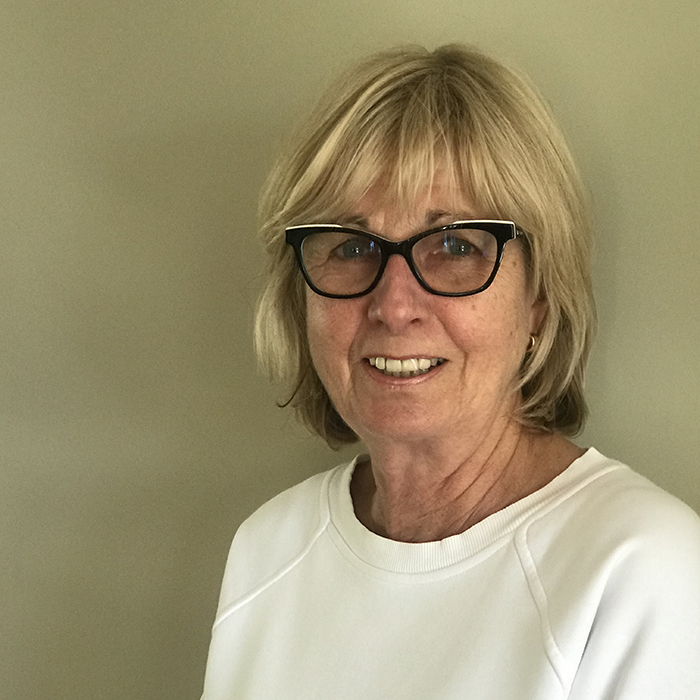 Pam has spent all of her professional working life in the Insurance Broking industry, with the first thirty years being spent within the family insurance business.

As the business prospered, it grew to be one of the largest independent brokers in the North West, specialising in affinity group insurance and employing nearly ninety people.  In the latter part of that time Pam was a director of the company, with responsibility for ensuring the highest possible levels of customer satisfaction.

The success of the business in its field of operation drew the attention of a much larger mutual insurance provider who expressed a wish to acquire the business.  As part of that acquisition, she was asked to stay in post which she has done for the past fifteen years. During this time she has gradually reduced the amount of time she now works.

Pam, who lives in Wirral,  focuses solely on ensuring high level customer care to one client and their 90,000 strong membership.

This means that nowadays she is able to spend more time with family – especially her grandchildren – and enjoy her hobbies of ‘fair weather’ golf and walking – as well as frequent visits to the theatre. 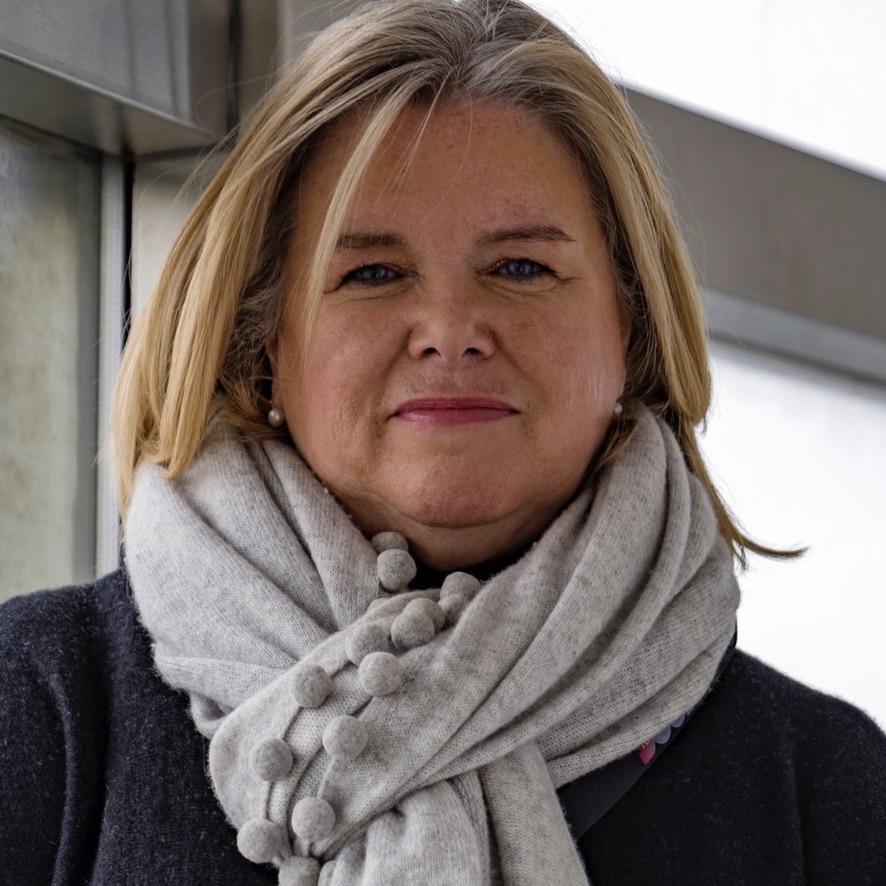 Lesley was born and raised on the outskirts of Liverpool and spent most of her working life at Radio City.

Originally based in their Stanley Street studios, she joined the station from school as a junior member of the accounts team and later ran the Programming office before becoming PA to the Station Manager and Board of Directors. She also served on the Board of Trustees for the parent company pension scheme.

She still works for Radio City part time and, since 2000 when the radio station moved to St. Johns Beacon 450 feet up, her office has been bird’s eye view of The Empire Theatre.

When not in Liverpool, Lesley runs a successful home staging and styling business, helping homeowners to sell their properties quickly, for the best price – a job which takes her across the North West and the Channel Islands.

She is a regular visitor to the theatre and, as a keen lapsed musician, particularly enjoys the musical productions the theatre offers.

Currently living in Rufford, West Lancashire, she was honoured to be invited to join the Empire Trust’s board in 2016.

In her spare time, she is a keen tennis player, dog walker and reader. 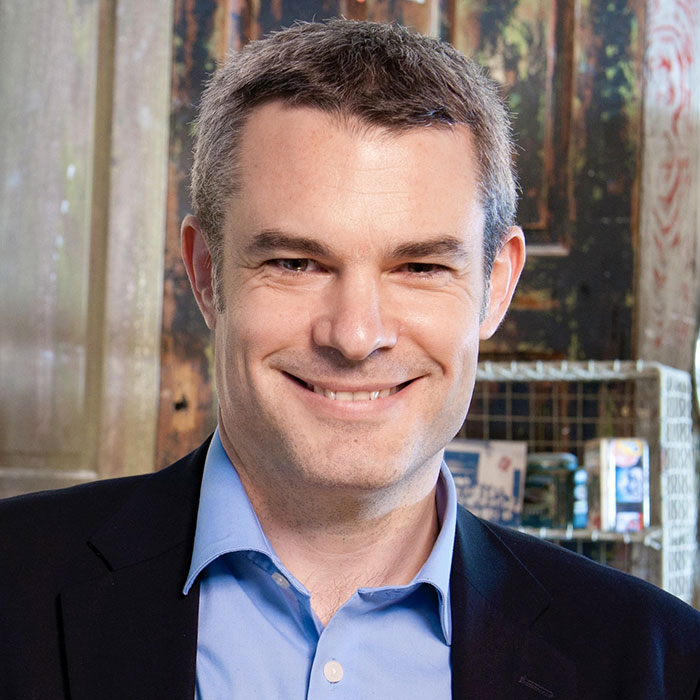 Sean has worked across radio, television, theatre and film.

At Metro Radio in Newcastle, he became the youngest UK major market Programme Director and ran the network of Magic AM stations.

In 2003, Sean, from Wirral, joined Phil and Alexis Redmond at Mersey Television as Commercial Director. After becoming part of the All3 Media group and changing its name to Lime Pictures, Sean was appointed Managing Director.

As well as Channel 4’s Hollyoaks, Lime diversified its programming including shows such as Apparitions (BBC), Bafta winning The Only Way Is Essex (ITV2) and Geordie Shore (MTV).

After leaving Lime, Sean set up a regional theatre production company, Alterean Media. Specialising in musicals telling the stories of football clubs, they produced “YNWA – The History of LFC” and “Celtic The Musical”.

In 2015, Sean joined Wirral based film and TV production company, Mad As Birds. They have made four feature films to date.

Sean was Chair of Creative Skillset’s Northern Media Skills Panel and is a trustee of Cash For Kids children’s charity. 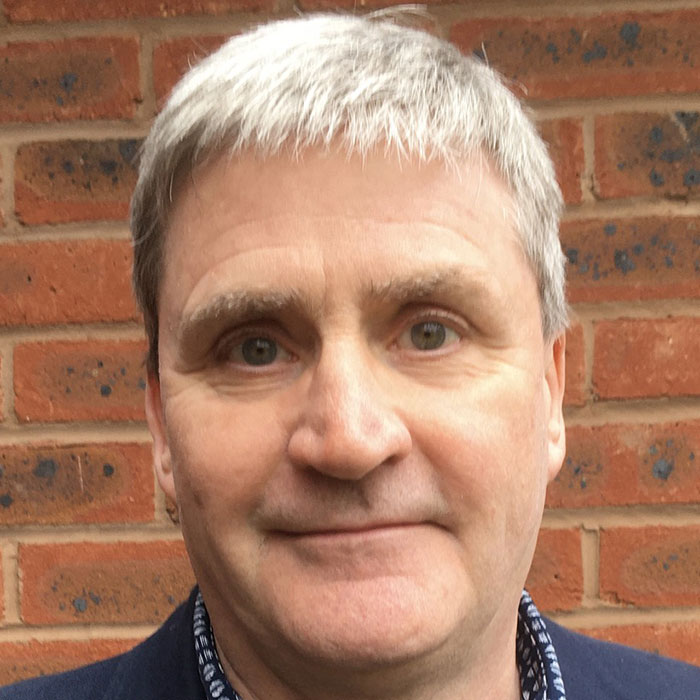 John Thompson is a semi retired lifelong Liverpool based journalist.

Liverpool born and bred, he began his journalistic career in 1977 on the former Crosby Herald and Bootle Times newspapers, before joining the Liverpool Daily Post in 1981 as a news reporter, going on to cover, or help shape the coverage of, all of the major news stories that followed in the city region.

He is a former Senior Assistant Editor of the Liverpool ECHO, having managed both the ECHO’s news and sport desks for more than 20 years during the 1990s and beyond until he left the business in April 2018.

For a spell in between at the turn of the Millennium, John worked as an Editorial Change Development Manager on a major national review programme for Trinity Mirror, now renamed Reach plc and the country’s largest regional newspaper and digital media publisher.

Married with two children, John, who was born in Anfield and later grew up in the West Derby area of the city, now lives in Wirral and provides occasional articles for the Business Post magazine, which covers the scene across the Liverpool City Region.

He is an avid football supporter and also enlists golf, music, travelling and gardening among his hobbies.

We use cookies on our website to give you the most relevant experience by remembering your preferences and repeat visits. By clicking “Accept”, you consent to the use of ALL the cookies.
READ MOREACCEPT
Manage consent

This website uses cookies to improve your experience while you navigate through the website. Out of these, the cookies that are categorized as necessary are stored on your browser as they are essential for the working of basic functionalities of the website. We also use third-party cookies that help us analyze and understand how you use this website. These cookies will be stored in your browser only with your consent. You also have the option to opt-out of these cookies. But opting out of some of these cookies may affect your browsing experience.
Necessary Always Enabled

Any cookies that may not be particularly necessary for the website to function and is used specifically to collect user personal data via analytics, ads, other embedded contents are termed as non-necessary cookies. It is mandatory to procure user consent prior to running these cookies on your website.